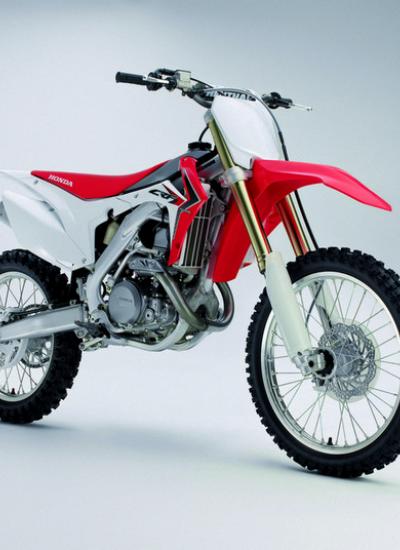 Long regarded as the bike of choice in the big-bore motocross division, the 2014 CRF450R incorporates improvements that will help this bike retain its premier standing. The prodigious powerband is now even stronger thanks to more low-end pull and midrange grunt along with enhanced throttle response via a new throttle body. Revised suspension linkage and settings yield improved control, increased ride plushness and enhanced rear-wheel traction.

A new Honda Progressive Steering Damper (HPSD) produces even better tracking traits than before, and a new muffler meets the 94-decibel sound level required by some racing organizations in 2011. All this and more make the 2011 CRF450R a shoo-in to maintain its dominant role among open-class MX bikes.